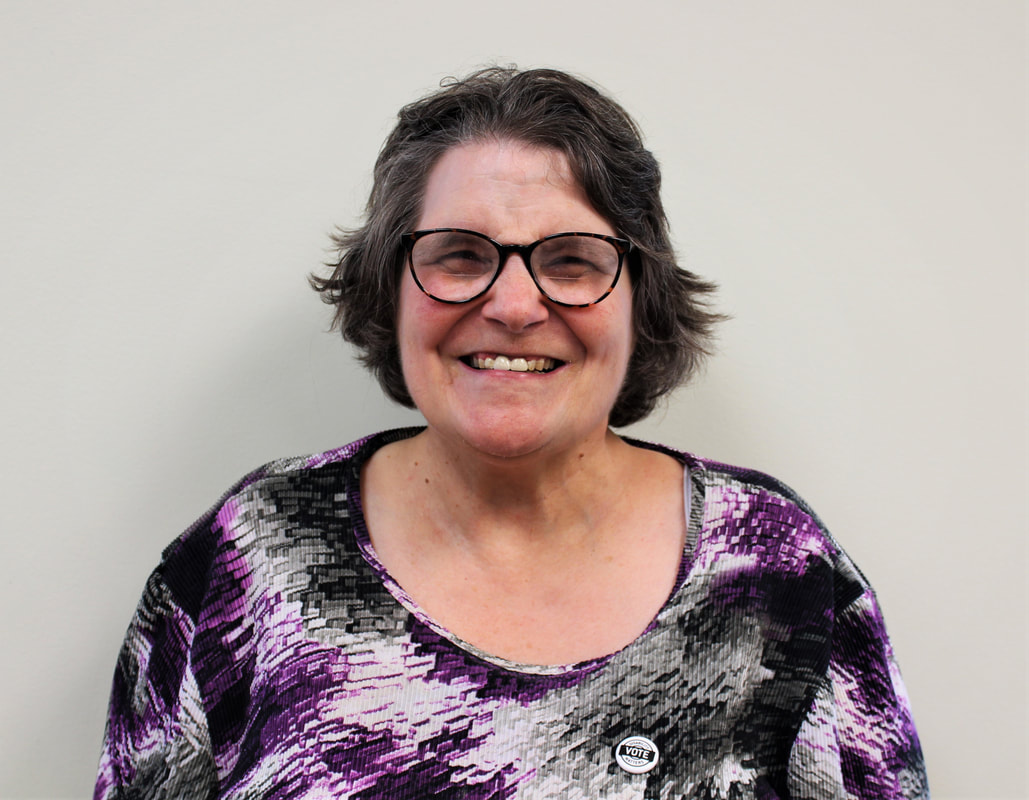 Valerie (Val) Wolbert has been part of People First for over a decade. She was President of People First Manitoba, as well as the local St. Vital Chapter President for four years. She has currently been the Past President of People First Manitoba for the past five years. People First is important to Val because it empowers people with intellectual disabilities to show their capability and help make a difference in other people’s lives. Some of Val’s biggest accomplishments are co-directing the documentary Freedom Tour and protesting zoning injustices in Springfield and Stonewall. Val has been part of the St. Amant “Transitioning into The Community” committee and is particularly passionate about helping people move out of institutions and move into the community. She wants everyone to have the supports they need to feel that they belong in the community. Val has been the Campaign Manager for her husband five times in past elections and is passionate about politics. Through her work with People First and Disability Matters she hopes that more people with intellectual disabilities learn the voting process and their voting rights. In the future Val hopes to run for Provincial Office and be an Executive Board Member of People First Canada.